Hi!! Just a big ol list of things I've been working on. Sorry if my thoughts are a bit disorganized or unclear! Please feel free to drop in the comments + ask me clarifying questions or tell me what might be more interesting than this format! (Cross-posted from my tigsource devlog, if that's more your place!)

UNNERVE! Hitting a unit from the side or back now knocks it back in the turn order and then makes it face the attacker.

An important driver of design choices on TT is: meaningful board state. Some of this is reflected in the natural systems' repercussions, but one of the most essential bits of this is simple spatial relationships. Things like threat ranges, movement blocking. So we knew we wanted to have unit facing matter. It's so intuitively visualized!

In most games, facing matters because flanking changes your % chance to hit or crit. But Tenderfoot Tactics has no randoms in it after the initial board setup, and I kind of think I want to keep it that way - so there's no % to do anything that we could modify slightly.

We'd also already started to play with the idea of manipulating turn order through unit actions. For instance Knights can PRAISE or INSULT and in doing so make units go sooner or later than otherwise, and some ice magic chills units, dropping them in the turn order. This stuff felt super interesting, and made the turn order, which already takes up so much mental + UI space, way more worthwhile.

So we decided to lean into that even further, and make flanking damage 'unnerve' units, causing them to drop in the turn order. The result feels so good. Even low level combats with very simple units are so much more interesting and complex than before.

There are a lot of interesting side effects from this but one of my favorite new dynamics is surrounding a big bad scary enemy with a handful of little friendlies, and watching them turn back and forth as you bother them from all sides.

Renamable goblins! Which maybe could've been an easy task, but I want to make sure TT has full controller support (since I personally love playing from a couch) so, somewhat more complex. But worth it! I really want the goblins to feel like beloved little pets, and I think being able to choose your own name does a lot for that.

New boat! We used to have the gobs seated in canoes, but as we've made their evolutions so differently shaped, that became overly complicated, for little gain. A big ol' time sink, trying to get a canoe to fit both our tiny floating Wizard and the massively floofy skirts of our Botanist.

I spent a lot of time doing research on various boats and their workings, only to conclude that there really is no replacement for the canoe when it comes to the kind of terrain in Georgian Bay, where TT takes place. So instead I started with a very basic birchbark canoe, and dressed it up with some goblin flair. A canopy to hide your gobs, some sacks of travel supplies poking out, some stubby paddles.

Overworld traits. Some evolutions now have traits that enhance your abilities outside of combat! I've been reading the Earthsea Cycle and I'm really inspired by it! Earthsea wizards have a simple job of weatherworking on ships, to hasten voyages and quell storms. Well, now some Tenderfoot Tactics mages are now blessed with the weatherworking trait, which adds a sail to your boat and increases its' speed.

The woods witch! Likely quite a ways from the final version still, but I wanted to block in some colors and feelings for this breed because I think it'll be playable in an upcoming press build (along with some others I need to flesh out still). Maybe I'll do little evolution feature blog posts in the future, once their abilities are more set in stone, but to give a broad idea of this'n - it's a broadly defensive, ranged spellcaster with water, earth, and life magic. Heals, terrain manipulation, ice magic, those sorts of things! 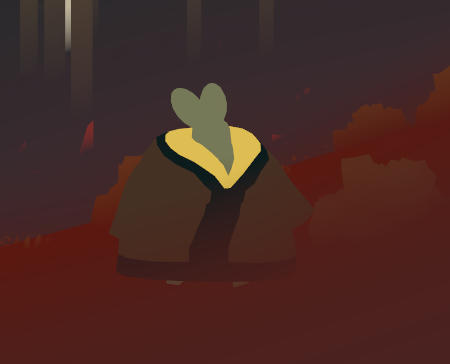 Foreverlands updates. I'm planning on sending out a first playable to press folks soon (next week?) and so needed to solidify a flow for that which could onboard players smoothly from small early battles to the big late ones. So now in the Foreverlands you start with 3 units, unlock new breeds by defeating them in combat (including special custom encounters for the mage breeds), and expand your party slowly by finding lost goblins in the fog.

Fog goblin encounters used to scale to match your level, but now they have some difficulty variability (visualized with some overhead UI), so you can choose to seek our more or less difficult fights based on your skill and the kind of play you want. 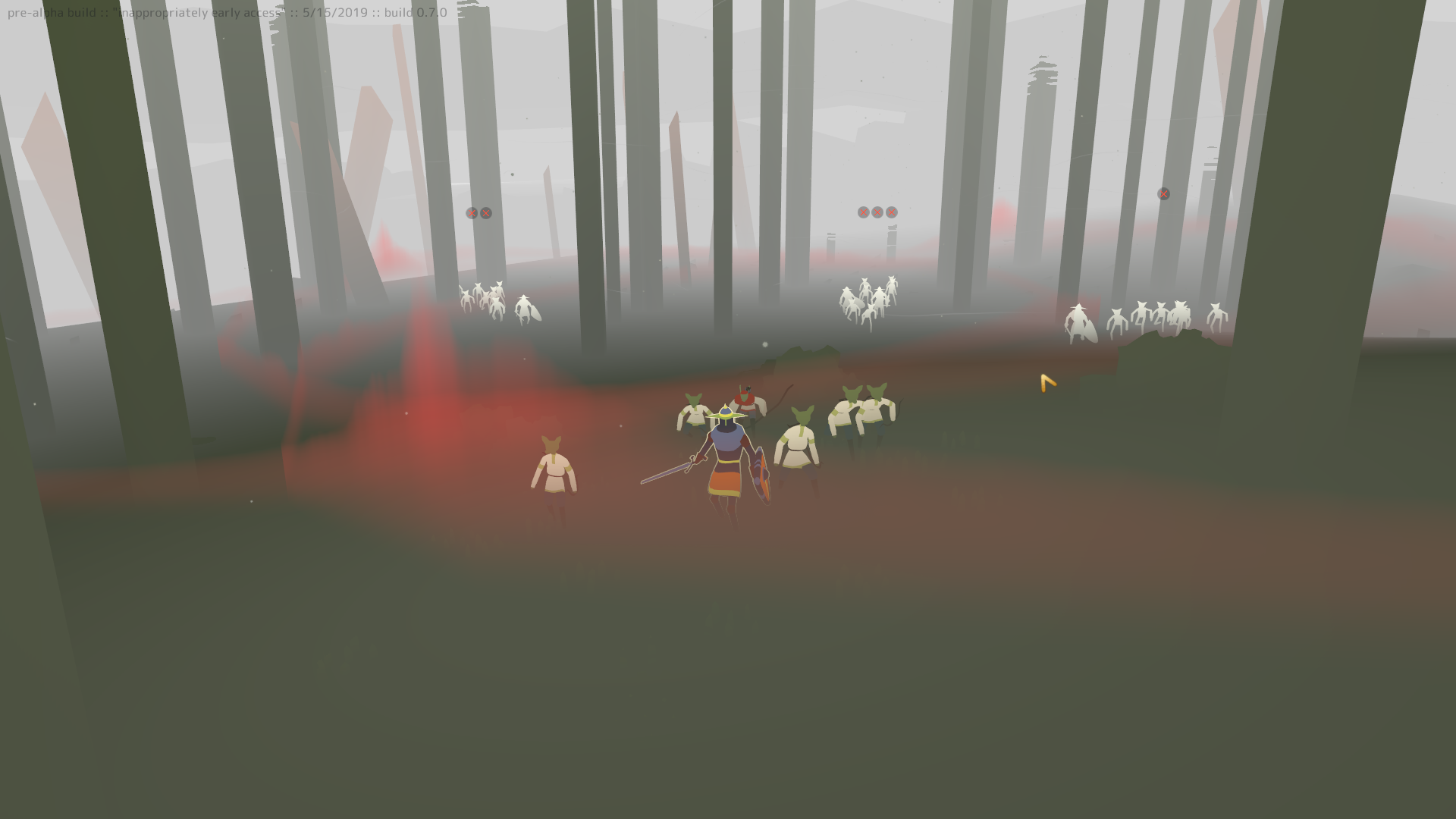 There's also been some work done to tutorialize (in an unobtrusive way) the absolute basics of combat, and to highlight your party menu when you've got new changes to your party.

Lots of design ideation around story. Without saying too much: I had planned to have a somewhat linear guiding story, but as I've been writing and rewriting the intro, I feel really compelled to do an Eidolon-style structure. Drop the player into the world, let them figure out (or not) who they are and why they're there. Let the world speak for itself. Let the player choose to do whatever they will, and let the game be about that. It's a big change, but I feel pretty confident about right now. I feel like I have a sense for the whole scale of this thing. Wish me luck!

NOT SO BIG BUT STILL TOOK TIME